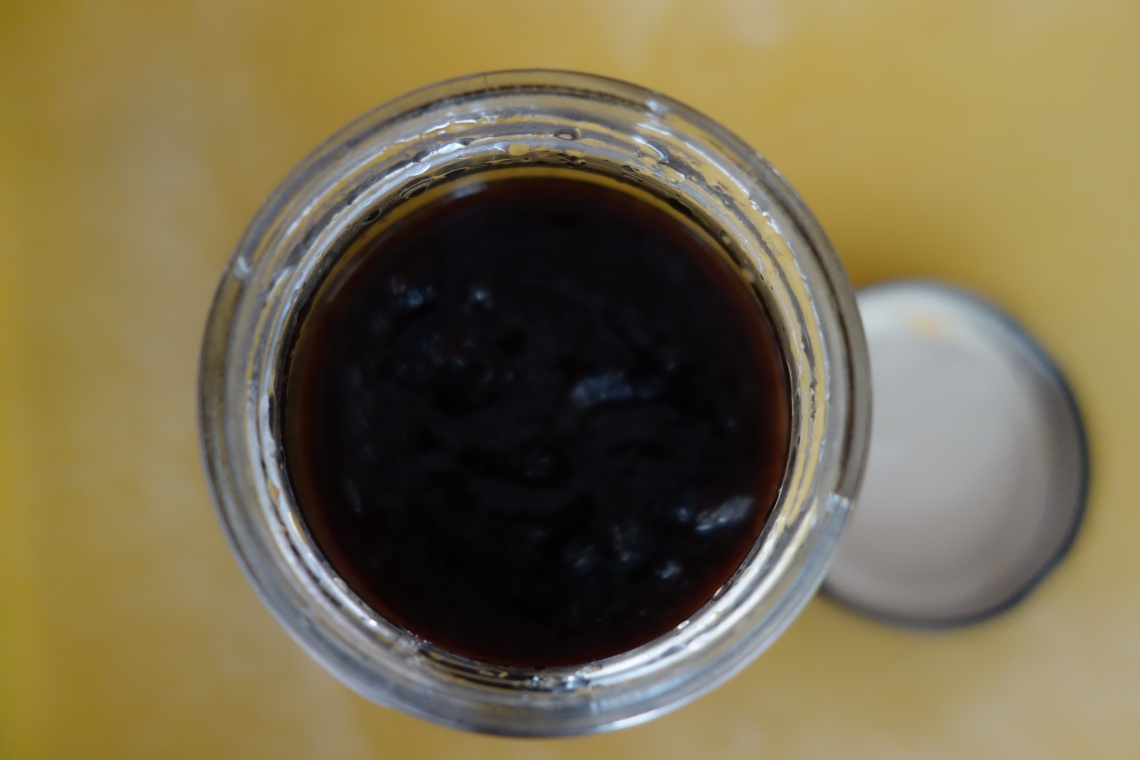 Trimming chilli bushes is an annual Autumn event. Any fruit still hanging from the bushes is harvested, and the prune hardens the shrub for the onset of winter. Many of the chillies aren’t looking the best, but they are great for turning into sauce (rather than composting them).  However, having experimented with bacon jam this season, thought chilli jam might be worth a try.

Toss 3 large handfuls of chillies in a little oil and roast in a 220ºC oven until slightly blackened (about 20 minutes). Remove from oven, and when cool enough to handle, chop roughly and separate as much skin and seed as you can manage. Soften 3 diced red onions and 6 smashed garlic cloves in a little oil in a large saucepan. Add 3 heaped dessertspoons Maldive fish followed by the chopped chilli and cook gently until completely mushy – about 15 minutes. Blitz the mixture with a stick blender to make a choppy paste, then add 1 cup water, 1 cup sugar, 1/2 cup soy, 3 tablespoons white wine vinegar and 1 tablespoon dried chili flakes. Turn up heat so the mixture starts to boil, then lower heat and simmer until a jammy consistency is achieved (about 30 minutes). Pour into hot, sterilised jars and seal. Makes approximately 4 smallish jars of jam.