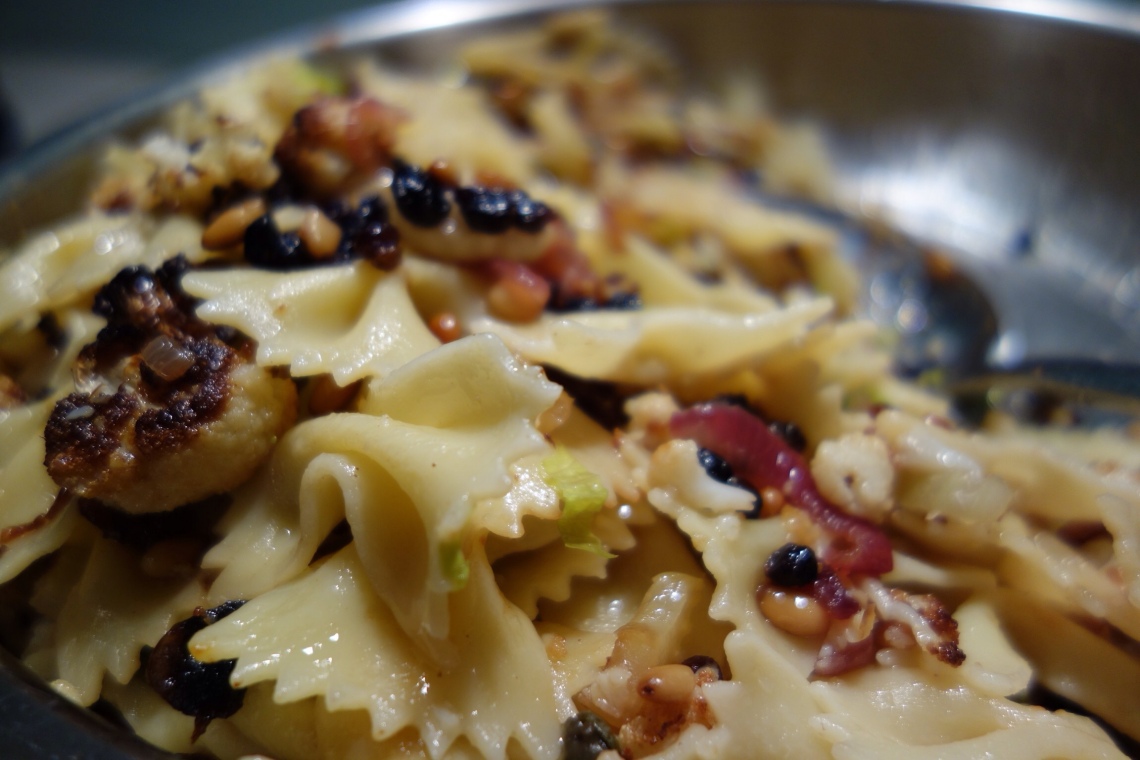 Borrowed flavours from Roasted cauliflower gigli with pine nuts and currants to make a pasta dish that makes up for all the vegetables missing from holiday meals. Seed and slice 2 jalapeño chilies, bruise and slice 4 garlic cloves, and steep in approximately a third of a cup of oil in a large bowl. Break a whole cauliflower into florets, dropping into the large bowl as you go. Toss gently, then spread cauliflower, garlic and chili on a large baking tray then bake for about 30 minutes at 200 degrees C or until browned and crisped (stir the florets after about 15 minutes to prevent those on the outer edges from burning). Meanwhile soften two sliced red onions and 4 diced celery sticks in a little olive oil, continue to cook until the vegetables take on a little colour. In a separate pan toast a large handful of pine nuts in a little oil. When nuts are browned, remove pan from heat, add a large handful of currants, a quarter cup of white wine vinegar, about 2 tablespoons of capers, and set aside. Prepare 1 packet (500g) bow-tie-shaped pasta according to packet directions. Drain pasta, toss with all other ingredients and garnish with some finely sliced celery leaves.