A new routine has hatched out of the Easter Bun procedure: mixing dough on Thursday, shaping Friday, followed by baking on Saturday morning. Bacon and Maple Scrolls are this week’s variation on the Sourdough Scroll and Bun theme: replaced the Cinnamon Scroll filling with 1 tablespoon dark muscovado sugar combined with 1/2 teaspoon of cinnamon, then sprinkled 1/3 of a cup of finely diced, cooked bacon over the sugar and spice. Did not make a glaze this week, instead brushed 2 tablespoons of maple syrup directly over buns as soon as they were removed from the oven. Also noticed that a different brand of oats seemed to leach moisture out of the mixture, making a stiffer, harder-to-work-with dough. Will increase water to 250g in the next batch as it’s easier to knead in additional flour than moisture. 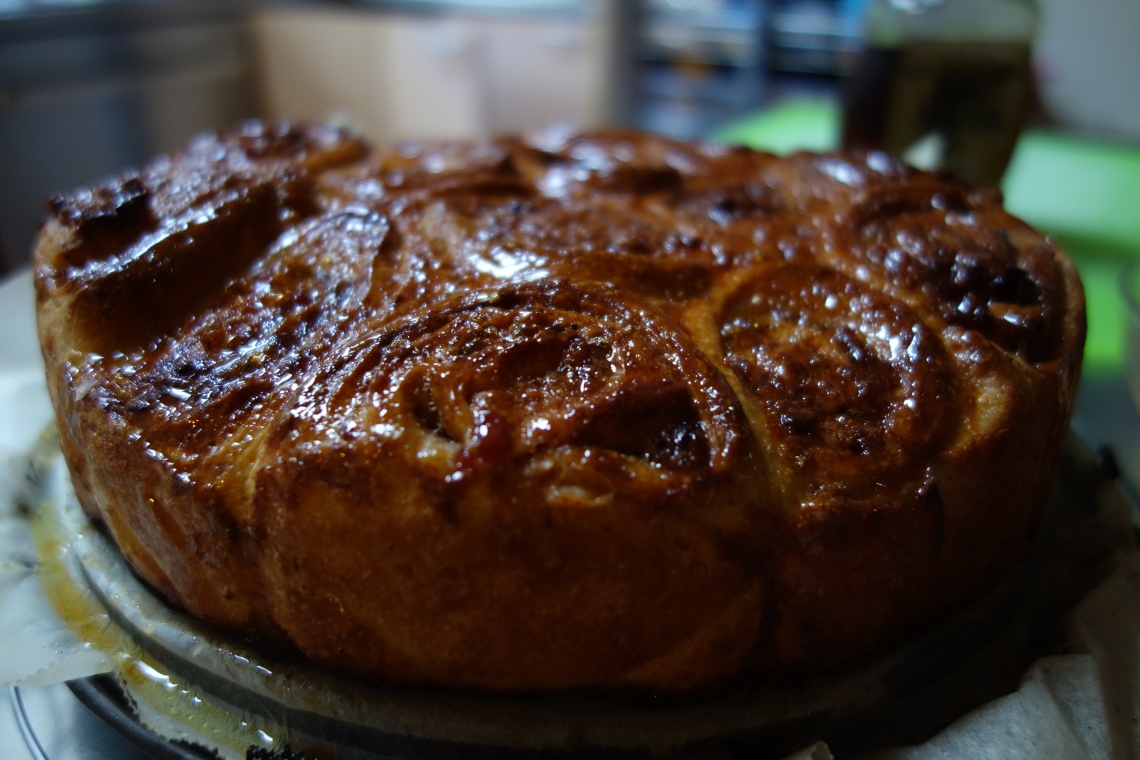