Swished 225ml of water to dissolve the left-over starter from the container in which the leaven for this week’s pizza bases had been hibernating, and made a soft dough with 400g of bread flour. The dough rested on the bench for an hour before a quick knead on an oiled bench top, then into the fridge for an overnight rise. Stretched, folded and rested the dough twice the following evening before another overnight rise (but this time at room temperature) in a large, oiled bowl and blanketed with plastic wrap. Next morning drew inspiration from a chocolate flower bread post and divided the dough into four pieces, and stretched portions into a similarly sized round (roughly 20 centimetres). Made two pastes:

Transferred two of the disks onto its own sheet of baking paper, and spread one of the pastes on each base, leaving a narrow border. Covered both bases and topping with one of the remaining rounds, and pressed edges gently to seal. Made 12 cuts radiating from near the centre to the outer edge, then twisted each wedge in alternating directions to make the flower shape. Lifted each pizza onto a tray, spritzed with a fine spray of oil, scattered with golden caster sugar, and covered with plastic wrap before resting for another hour. Baked at 220ºC for 10 minutes, then lowered the temperature to 200ºC and baked for a further 15 minutes. 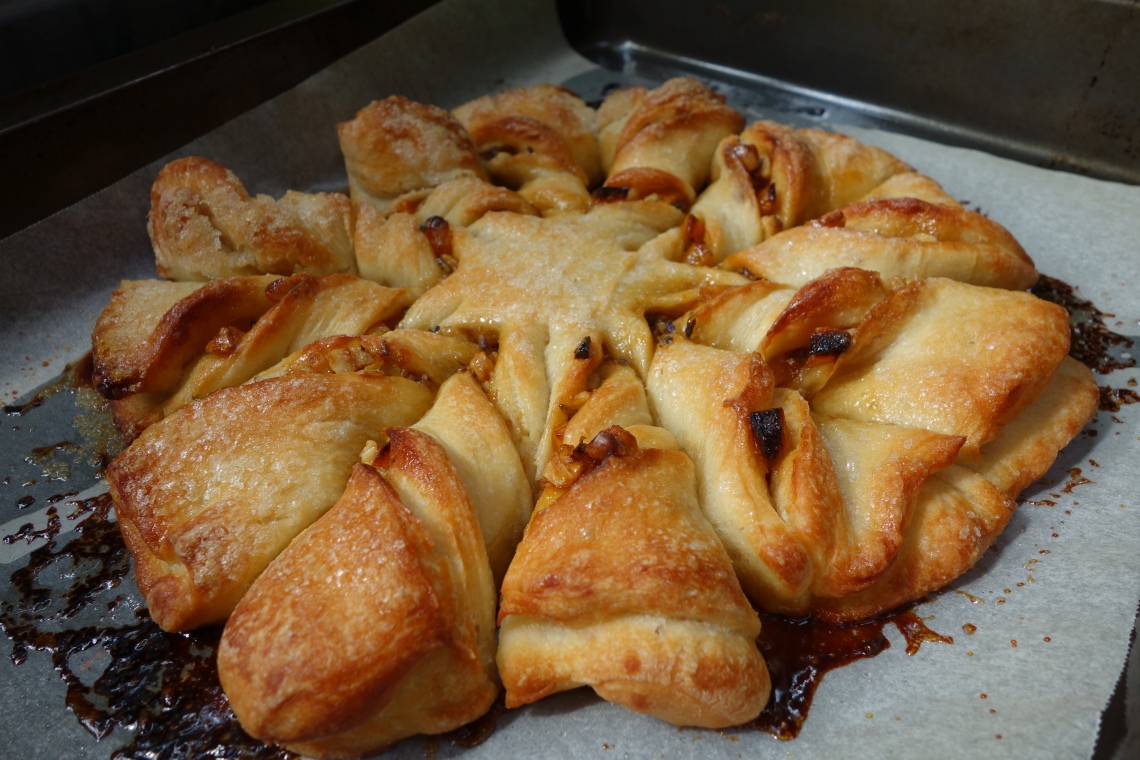