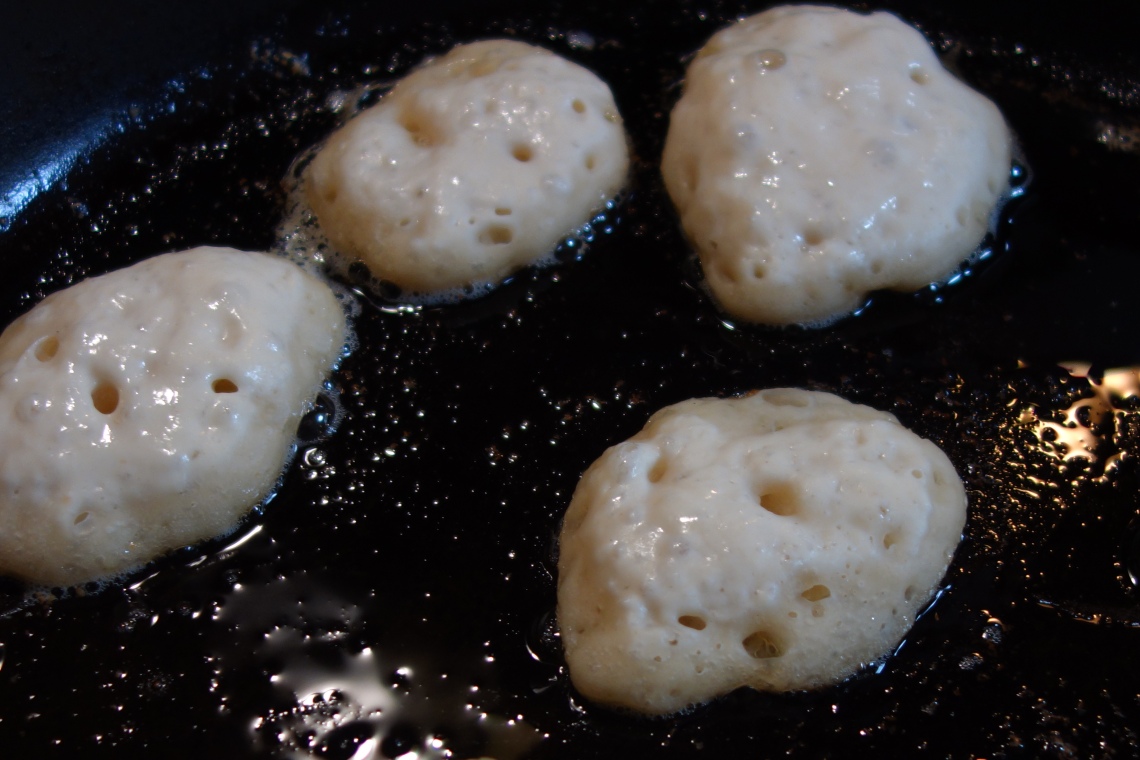 Simple adaptation of the bake-up-early pikelet recipe from the guardian to use left over sourdough starter.

Measured 300g water into the container in which the leaven for this week’s pizza bases had been hibernating, and swirled to dissolve the residue. Made a well in 200g bread flour combined with a teaspoon of sugar and a grind of salt, then mixed in the starter to make the pikelet batter. Rested the batter for an hour, then gave it stir before covering with plastic wrap and leaving overnight on the bench. (Alternately, refrigerate for a 24-hour rise). Scooped soup-spoonfuls of the aerated batter into a hot, greased pan while trying not to burst too many bubbles. Flipped the pikelets once the uncooked surface became opaque. Served straight away with jam and tea – while the centres are warm and squidgy and the crust remained crisp.